Let Me Tell You About My Transgender Daughter, a guest post by Peggy Geiger 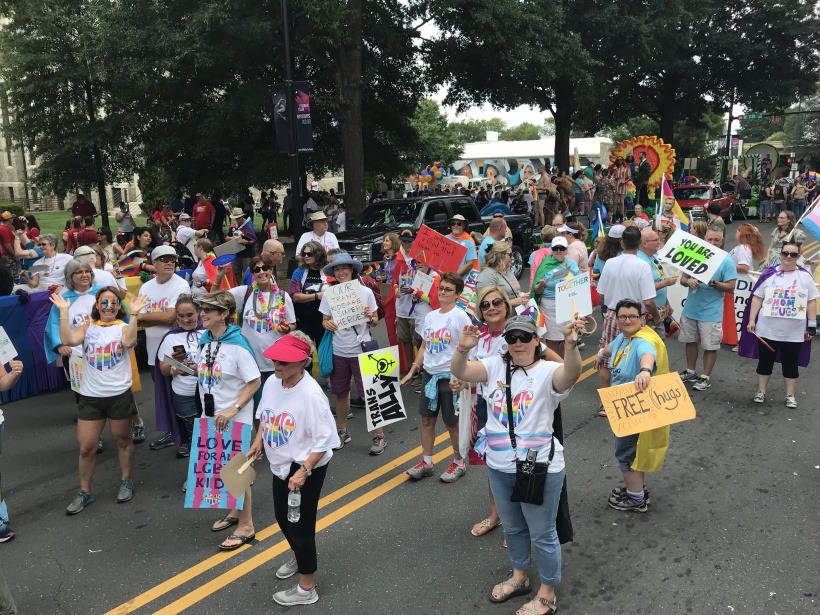 I recently finished sorting through the holiday “brag” letters we received from friends and family. We read about adult children with successful careers and grandchildren who are incredibly talented and intelligent. I used to write such holiday letters, but news about our adult daughter is no longer so upbeat.  In my holiday letter this year, I wrote that D filled in as a k-jay for karaoke night at a gay bar.

D came out as a transgender woman in her mid-20’s. Facing a gender identity crisis threw her life into turmoil. She took a leave of absence from school and eventually decided not to return. The crisis freed her from a path chosen while she was still trying to conform to societal expectations of a young male. The crisis blocked any clear forward path.

D’s journey has been challenging. As parents, we’ve experienced heart wrenching sorrow and concern. We accept D as she is, but she struggles with anxiety and depression that, at times are crippling. Trans-people face enormous obstacles in finding employment, housing, as well as good physical and mental health care.  D is subject to everything from intrusive stares to rude comments to physical violence. Then there’s the growing movement on the local, state, and federal levels to deny fundamental rights and privileges to LGBTQ people, so there is little to no legal recourse against discrimination or violence.

Success means more than just what a person accomplishes; it also involves who the person is. So let me brag about my beautiful daughter. She’s committed to social justice. She started a tailoring business to alter clothes for people who are transgender and have difficulty finding clothes that fit their bodies. At first she couldn’t support herself on what she earned because she charged only what people could afford. When she is able, she volunteers for the national trans-suicide hot line. She marches in pride parades and participates in Black Lives Matter rallies.

Since D came out, my husband and I have tried to be supportive. We can be like blundering elephants in our efforts. This is uncharted territory. We’ve read a variety of books and found PFLAG to be helpful. When people are curious about D, we respond openly and honestly, trying to subtly educate with the hope of gradually removing the stigma of being transgender.

I love D and want her to be happy with herself and her life. There’s nothing she can do that will make me stop loving her. Being transgender is not a choice; it is a matter of self –acceptance, a process that can be both difficult and rewarding. D’s life may be unconventional to some, but it is genuine, and we are so proud of her.