Nuggets of Hope, a guest post by Julie Bhamani 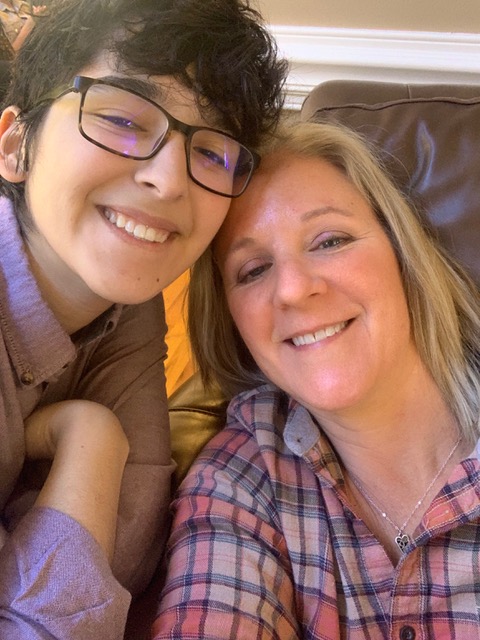 In 2008 as a recently graduated nurse, I remember taking care of a transgender woman in the hospital.  She was on suicide watch.  She had tried to kill herself because she had been in a fight, gotten arrested, and was being sent to jail because she couldn’t afford bail.  The police were insisting that she go to the male jail, but she knew she would be beaten and abused there.  I will never forget the anger I felt when the Psychiatric Nurse Practitioner made a very crude comment about how the genitalia she was born with should determine which jail she should go to.  It was beyond my comprehension how a mental health care professional could be so ignorant and heartless.

A lot of people in the LGBTQ community have difficult stories.  My child’s is not one of them; our family’s story is one of hope.  My daughter was a senior in high school when we noticed she was interested in becoming more active in the LGBTQ community – going to Time Out Youth, Gay Pride Parades.  We didn’t pry; we simply tried to encourage her to let us know what was going on.  We let her know we supported her wherever her life’s journey took her.

By her sophomore year in college, we got THE phone call.  She needed to talk.  She told us that she was transgender; our daughter was now our son.  I remember getting off the phone and thinking to myself – she’s not pregnant or dropping out of school, we are good.  My husband had an anguished look on his face.  I asked what he was thinking,  if he was upset by the news.  He was feeling awful about all the daddy/daughter dances, proms and other activities through the years that were forced upon our child and had made our child so uncomfortable.  All my husband could think about was that he’d wished he’d known sooner.

I’m not saying the journey has been completely smooth.  We were unprepared for the speed with which our son wanted to move.  He wanted to start HRT immediately and had done all the research and had selected a doctor.  We were still digesting the information.  We were also struggling with what to tell people, when to tell people and how to answer questions.  We were about 100 steps behind our son which was a very unfamiliar place for a parent to be.  We had a hard time letting go and letting this be his journey that we were participating in.  But he was clearly driving this bus.

When we did communicate to friends and family, we did so by email with the help of a PFLAG volunteer.  We had a very supportive extended family and friend group.  There are friends we haven’t heard from and some who have told us they don’t understand, but we are committed to supporting our son even if it means losing friends.  My mother-in-law, a devout Muslim, was not accepting or welcoming of the news.  This was hurtful to all of us and there didn’t seem to be a lot we could do about it.  She was terrified that her religious group would find out (never mind that she lived in Canada) and that she would be ostracized.  My husband tried talking to her, but it didn’t seem to help.

Most importantly to me, in 2020, my mother-in-law started referring to my son as Oliver and using his preferred pronouns of him/he/his.  Oliver has even gotten several recipes, the occasional “I love you” and a few blown kisses over FaceTime.

While we still have a long way to go, I am hopeful that we are moving in the right direction.  I will continue to collect and share my little nuggets of hope, knowing that one day they won’t be so extraordinary.

3 thoughts on “Nuggets of Hope, a guest post by Julie Bhamani”