Raising Our Child, a guest post by Amanda Dumas 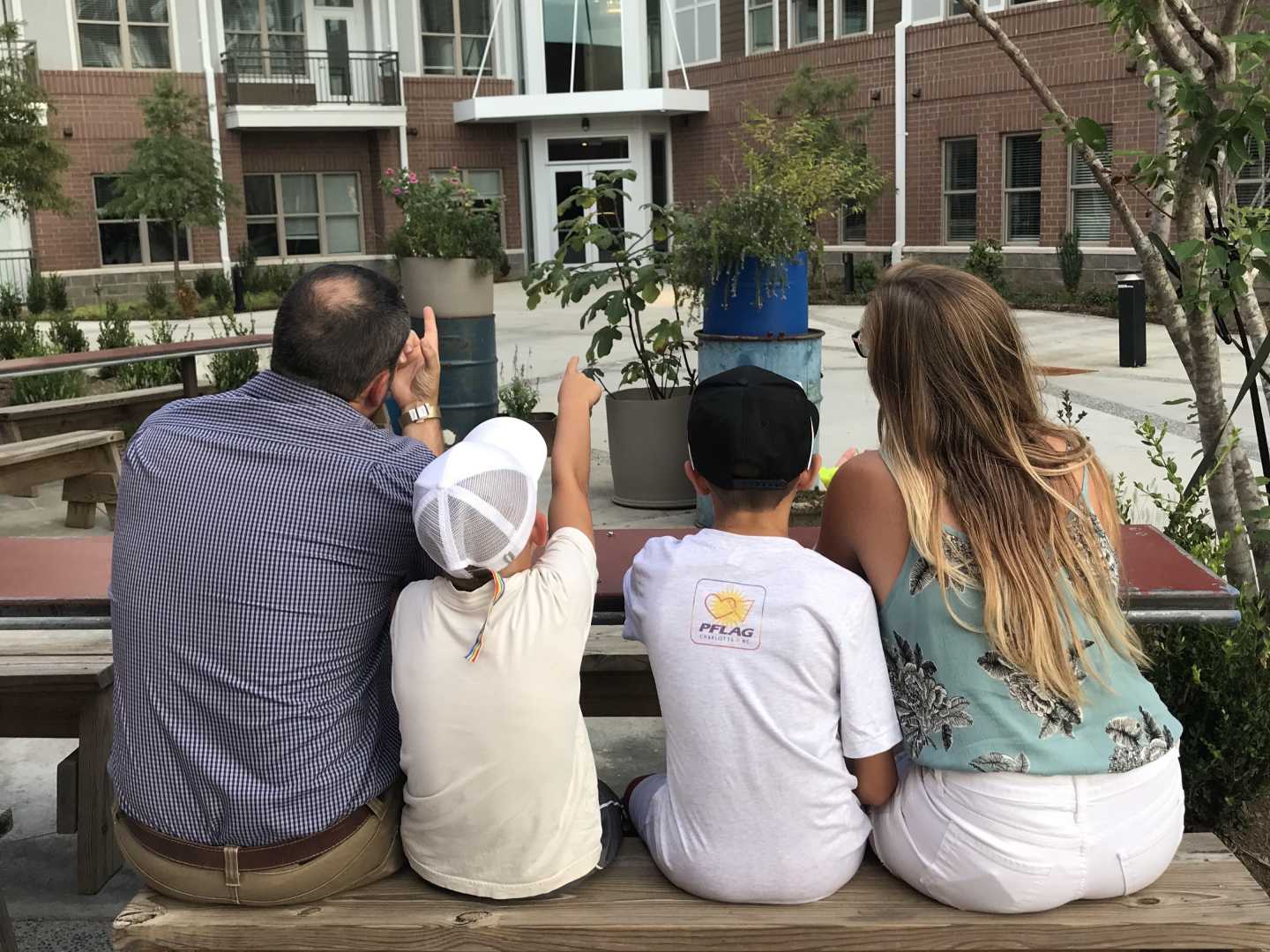 We have always wanted to raise our kids in a house that would never need a closet. Love is love and as long as our kids were happy it didn’t matter to us who they loved. When we played games like “LIFE” we chose different life partners and gave our kids the choices of who they would marry when we got to that point in the game.

We just never considered that we might misunderstand our own child’s gender.

Our child had always been attracted to more masculine toys and clothes. Dressing up was always a battle. When our child was about 3 years old, she asked to be called Jack.  We laughed and said no way. Around the age of 4 she started asking for a buzz cut. We knew that hair was just hair but it was about that time that we started to wonder what the haircut really meant and what it would lead to. We were scared and possibly holding onto the idea of the “perfect family.” There is a lot of privilege and weirdly placed pride in having the traditional TV family format. Big brother, little sister.

For her 5th birthday she asked only for a haircut. How do you say no to that?  She asked the hairdresser for Joey Tribiani’s hair from “Friends.” Shortly after leaving the salon, we stopped by Lowe’s and a store clerk called our child “he.”  Something simple. Just a new pronoun. But it made the kid shine. For me, it was more of a “Oh no, what does this mean, what do we do?” moment. I went home and had a panic attack.  My husband thought I was overreacting.

The next six months felt like a lifetime. So many changes. We finally came to realize “she” had been a “he” all along, just as he had been trying to tell us.  We had a son, not a daughter.

We found online support groups and a couples therapist to help with our communication but still felt isolated and alone. We Googled local help and were led to PFLAG but brushed it off for months since our kids weren’t gay or lesbian. This was different. Finally someone connected us to Ashley Nurkin, the former PFLAG Charlotte president. I told her our long and emotional story.  She responded, “That sounds just about typical for our group.” I remember feeling a little defensive but also so much relief. There were so many other families like ours!

The next week we went to our first PFLAG get together unsure of what to expect. Three years later and this group is our family. When we need advice or a comforting word, there is a list of people we can call.  Our boys are happy and healthy, my husband and I are doing well, and the stress of 2016 feels a little like a dream. It’s hard to believe we were ever in that place.

As my husband and I navigated this transition in our marriage and family, PFLAG was absolutely vital.  Having other moms and dads to talk to made all the difference. We are so grateful to have had a need to seek out PFLAG.